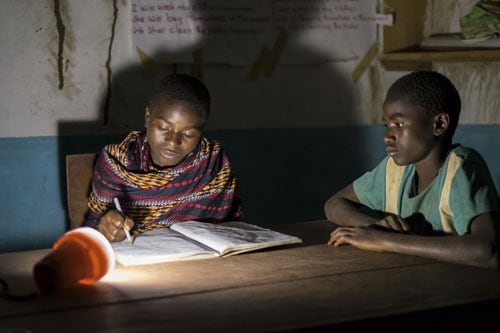 Solar-power lights provided by a Guardian-reader supported fund are brightening prospects for teachers as well as pupils in a country where 90% of people live off-grid.

Young Kennedy is astonished. His face lights up in the single room in the straw-thatched house. So does the book he is reading with his friend, Nellie, thanks to a solar-power light.

The two excited nine-year-olds from the village of Gumbi in western Malawi have just done what about 600 million others in sub-Saharan Africa have never been able to switch on an electric light in their homes to read a book in the dark.

There is a murmur of approval from the small crowd of people craning their heads through the doorway to witness the arrival of solar electricity in the village.

“[These] bulbs will change lives. Our days will be longer and nights shorter. We will be like others. Children will do better at school. They have a future. We have not been forgotten.“.

The solar-power lights, provided by the Guardian reader-supported Gumbi education fund, are welcomed, too, at St Martin’s secondary school in Nambuma. “Not only can teachers prepare lessons in the evening, but they can now charge up phones for themselves and others, says Acreo Kamera.

Until now, the school has relied on a wonky diesel generator and a single, dim, solar-power light bulb for 150 children.

“I would say the performance of the pupils will definitely improve enough to get people to pass exams. Now they can stay later at school and revise. Without light, pupils have had little chance to read or write. Everyone will save money on torches and batteries and reduce living costs, too,“.

“the lamps will enable more children to be taught: Previously, we were using expensive paraffin and torches but with our salaries we cannot manage. More children will now go to secondary school.“

The Chinese-made solar-power lights, paid for through the fund by a legacy in England, will be given free to all 30 teachers in three local schools, as well as to the families of each child going to secondary school for the first time from the villages of Gumbi and Mguwata. Other households in the villages will be able to rent them from village committees for no more than they would have to pay for a candle or to pay for them in instalments.

“Pupils’ performance will improve to pass exams. Without light, pupils have had little chance to read or write“.

The challenge of a project like this is getting the solar-power lights from China to Malawi, an operation that can take many months to organise and is made harder by Malawi’s steep inflation rate, says Francois Gordon, a Canadian who runs SunnyMoney, a non profit-making social enterprise set up in the capital, Lilongwe by UK company SolarAid.

Backed by the UK’s Department for International Development (DfID), which has match-funded donations raised by individuals in Britain, SunnyMoney now claims to be Africa’s leading solar lamp provider, expanding fast in five countries.

“In three years, SunnyMoney has sold 1.7m lamps in Africa and brought light to about 10 million people. Our mission is to eradicate the kerosene lamp from Africa by 2020. The demand [in Malawi] is overwhelming. We have sold 130,000 lamps so far and are selling about 5,000 a month. It’s a no-brainer. Everyone wants one. Every teacher is effectively an agent for the lamps now. A teacher in Malawi earns about $100 a month. The lamps are a way for them to earn more.“

To do this, SunnyMoney has teamed up with headteachers in rural areas where the need is greatest.

With 90% of Malawi’s population of 16 million people (pdf) ‘off grid’ and barely anyone in rural areas connected, people have to use expensive paraffin or candles for light. According to Gordon, the country is ripe for the solar lamp revolution now sweeping Africa and India. By working with teachers, he says, they can undercut commercial operations working mostly in cities. “We can sell a lamp for $2 less than they can,” says Gordon.

According to Lighting Africa, an initiative of the World Bank group to support clean electricity, nearly 9m lamps have now been sold in sub-Saharan Africa in the past few years. But of these, more than 75% are thought to have been sold in Kenya, Tanzania and Ethiopia, where mobile phone use is most developed and lamps can be paid for weekly on the phone.

In Malawi, where only 30% of people have mobile phones and where most adults are subsistence farmers unable to read or write, the market is very different.

““In Kenya, there is 100% mobile phone saturation. People earn four times as much and mobile banking makes renting lights simple. But there is no mobile phone banking in Malawi yet and we must develop novel ways to allow people to pay monthly. Perhaps we will work out a system where you get a phone and a light as a package, and pay for them bit by bit over six months. Or you get a book when you get a light, or you link lamps with irrigation. If we can make solar lamps work here, we can do it anywhere.“

“Here in Malawi, a teacher may be able to earn an extra 10-15,000 kwacha (around $19) a month from using the lamps to charge phones, increasing their salary by 30-40%. A group of teachers can buy a box of lamps between them [and] can charge phones for up to 60 people a week.”

Demand for the lamps soars at harvest time when households have money, but the danger is that inflation will destroy the market. “We are very afraid. Already, the staple food maize is 100 kwacha a kilo, but food shortages following last year’s floods and droughts could double the price by January. Three million people in 16 districts are in danger of running out of food. What if inflation goes to 40% in January, which is quite possible? No money means no lights,” says Gordon.

And no light, he says, means millions more children like Kennedy and Nellie will be left in the dark for much longer.

This article was originally published by the Guardian on 10/08/2015. 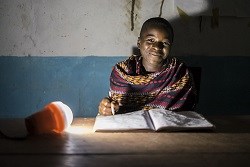 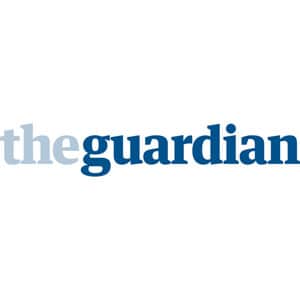 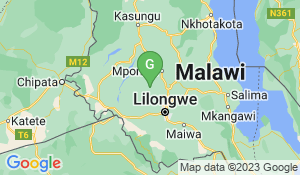